All city leaders should work with commitment, loyalty and cooperation for the rapid growth of cities in a joint and coordinated manner.
Mrs. Chaltu Sani, Minister of Urban and Infrastructure Development
The honourable minister said the following at the ministry’s office and with higher officials of the federal government, stakeholders, mayors and city leaders from the whole country. August 9th, 2014 The 2014 budget year plan implementation review and 2015 budget year sector meeting discussion stage in Adama city. As the honourable minister said in her opening speech, with the rapid growth of the world’s cities, it is not possible to return the needs of the society and solve the problems with the help of modern and new works with technology, we should implement the standards in all sectors. The minister’s office in the 2014 budget year in cooperation with all cities in Darik. For those who have been hurt because of war and lack of peace, they said that they have done it by providing different supports, implementing green legacy, providing different options for building houses, helping cities to increase their income, overall in the sector. It was reported that a lot of support and follow-up work has been carried out to make the construction industry competitive and rise to a better level. On the other hand, the mayor of Adama city, Mr. Hailu Jelde, Adama city has become a conference tourism city, and it has become a city where all nations and nationalities work together and love each other for a better development. The city administration said that if any citizen comes to invest his knowledge and wealth, he will be welcomed with peace and security.
The discussion forum reviewed the 2014 fiscal year planning events and shared the 2015 fiscal year plan and presented the best experience of regions and cities. 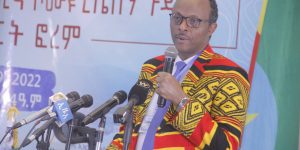 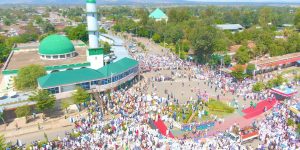