Of late, Ethiopia is quickly becoming the gimmick capital of the world. The endless gimmicks on display by regime parasites and bootlickers, makes one want to cry and laugh. The autocratic regime of criminal Abiy Ahmed Ali, survives by feeding Ethiopians with gimmicks. Without gimmicks, the entire country would take to the street, and demand for the expulsion of all Addis Ababa parasites. Its understandable why the regime has to use gimmicks to coverup its dictatorial and autocratic tendencies. When the masses are intoxicated on gimmicks, it becomes easier for regime criminals, masquerading as a government of the people, to get away with criminality such as: Genocide in Tigray, Mass murder, Mass detention, Mass rape, Mass displacement, Mass profiling, corruption and embezzlement, Nepotism and tribalism, institutionalised poverty, etc.

The gimmicks tend to be in bad test, i.e.. taking selfies with patients on their sickbeds….. No one is saying that great Ethiopians shouldn’t be thanked for their service to Ethiopia. But is the timing right?? When the country is in a mess, we all expect the leadership to behave like leaders and not fame seekers. The endless PR(Public Relation stunts) gimmicks is a sign of a bankrupt leadership, that is out of touch with reality. What Ethiopians need today, is a leadership that champions peace and not war drums. We expect our leaders to comfort the dejected Ethiopians with hope and dignity, and not endless humiliations and name calling. The leadership should be out there reassuring its citizens with love and prosperity, and not gimmicks. The self importance culture of Ethiopian leaders, has become a curse on Ethiopia. 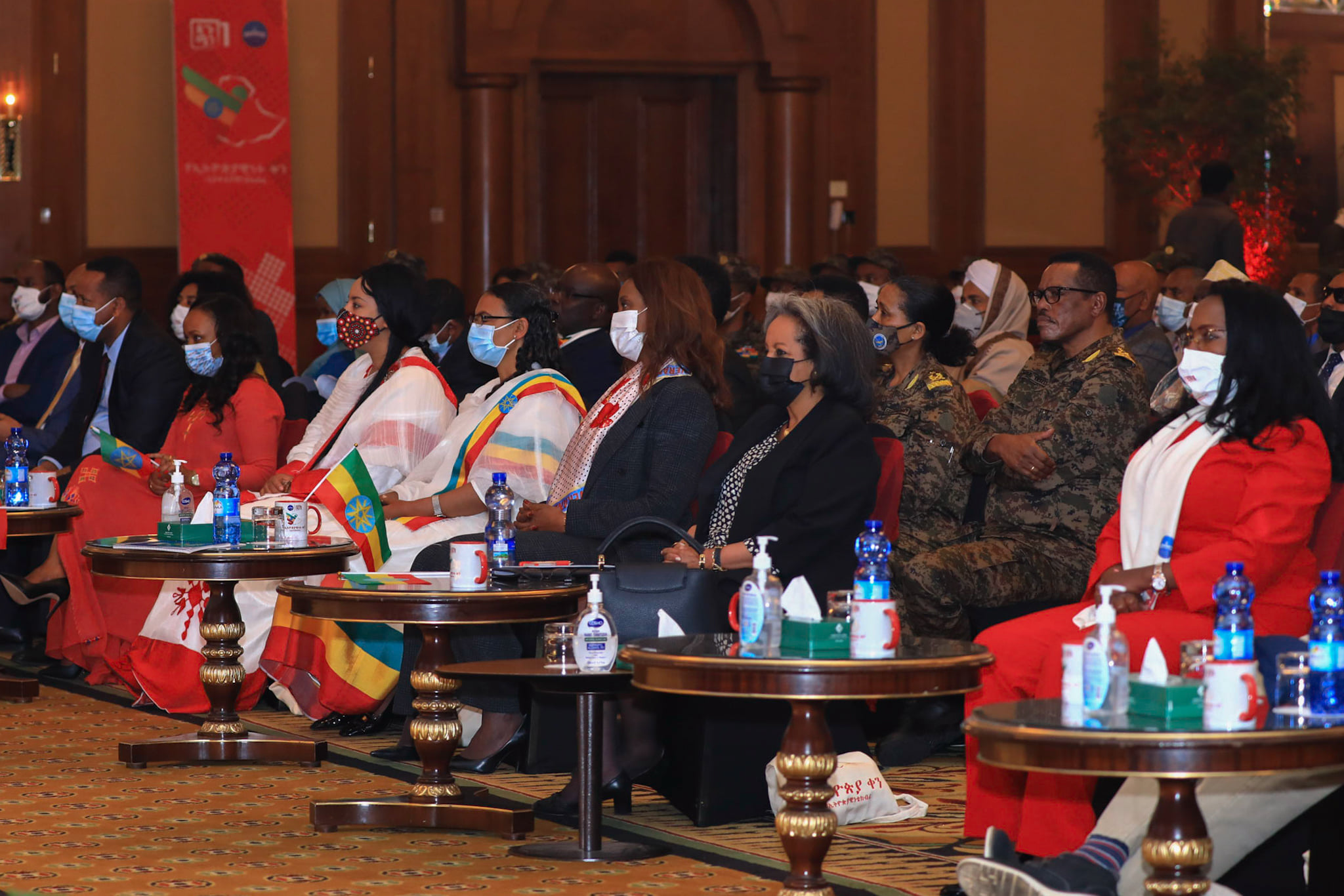 It would have been progressive if the awards went to champions of peace and human rights, innovators, unsung heroes like the Doctors, nurses, educators, carers, fire service, rubbish collectors, etc. when the elite class gather and award themselves phony awards, then it becomes an exercise meant to humiliate and belittle Ethiopians.

The presence of war criminals , politically bankrupt officials and cheer leaders of mass murder and humiliation of Tigrayans at the award ceremony. One is left wondering if the intention of the entire ceremony, was meant to laugh at suffering Ethiopians. However, we should not blame Sahle Work Zewde, as she’s a hostage to the Abiy clique. The Prosperity Party(PP) extremists design the gimmicks, and she executes them.

The endless peddling of gimmicks by the Ethiopian regime, just proves that they have nothing new to offer the Ethiopian populace, and its time they shut shop.

As you can’t build a fair society in Ethiopia based on:

The Prosperous Part(PP) should stop taking Ethiopians for fools and hostages, as Ethiopians aren’t their slaves. Ethiopia is not the property of a particular ethnic group, skin complexion or political class. Thus, the Ethiopian political class is a bunch of parasites, and should stop behaving, as if Ethiopians owe them a living.