THE ETHIOPIAN OLYMPIC TEAM HONOURED FOR THEIR MEDAL WIN 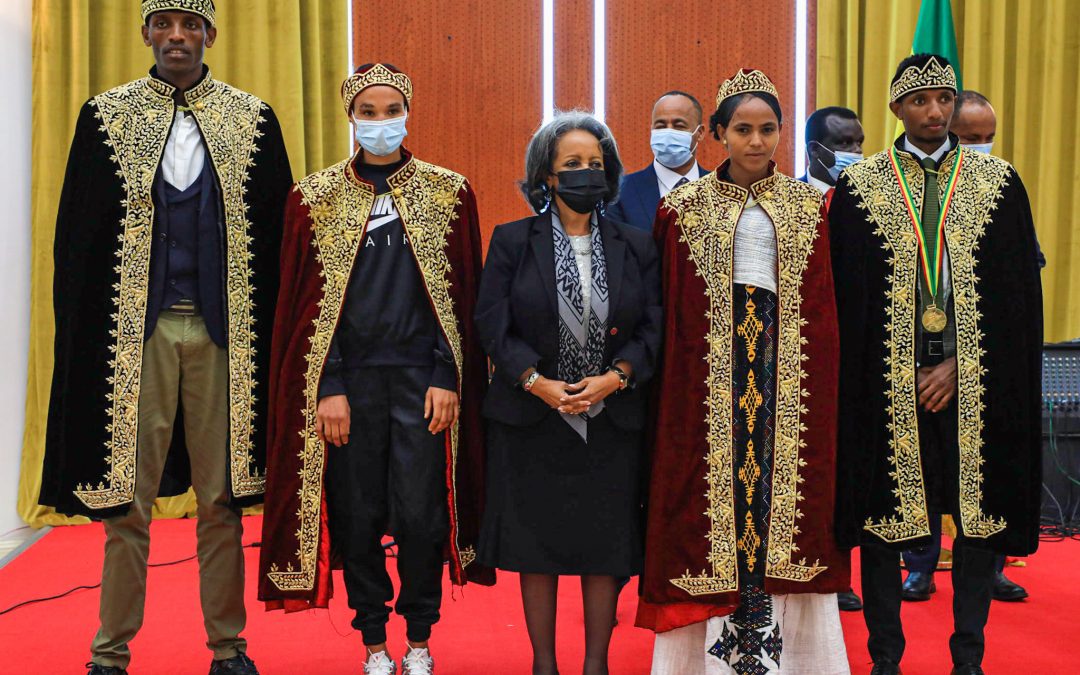 The Ethiopian Olympic team awards was hosted by President Sahle Work Zewde. The awards were meant to thank and recognise athletes that recorded victories for Ethiopia at the Tokyo Olympic games.
The federal government of Ethiopia, awarded and honoured the national athletics team, that participated at the Tokyo 2020 Olympics in a grand ceremony held at the Nationwide Palace. Ethiopia was represented in nine disciplines including the 3000m steeplechase in both sexes The country was not represented in the 800m men’s distance as its athletes failed to qualify. The athletes who won silver and bronze medals were awarded five million birr. Their coaches were also awarded.
Ethiopian team consisted of 34 participants including reserve athletes, four athletes that were selected based on their performances in the Ethiopian championships at Addis Ababa stadium, Sebeta, and Henglo trial races. The individuals were awarded cash and certificates of recognition primarily based on the outcomes they registered within the race. The President therefore, urged the athletics group to take their respective responsibly critically to attain a greater end result for the upcoming Paris Olympics. For the next Paris Olympics, the president declared, that the Olympics should be established in a strong Olympic Federation and Olympics association.