President Magufuli was a great friend of Ethiopia. President Sahle-Work who visited the late President in his hometown of Chato only six weeks ago, wrote a note in the condolences book on display at the Embassy of Tanzania. In her note, the President said that she would always remember President Magufuli’s grand personality and his great respect for people, his country and his continent.

President Sahle-Work Zewde paid a working visit to the United Republic of Tanzania.
During the discussions with President John Pombe Joseph Magufuli, the Presidents exchanged views on bilateral, regional, and continental issues.
They highlighted the importance of enhancing the strategic partnership between the two countries. In line with this, the two presidents have agreed to hold the next joint-ministerial commission meeting in March or April of this year and to work closely in the many sectors including trade, investment, and aviation.

It is to be recalled that Tanzania was the first riparian country to ratify the Comprehensive Framework Agreement (CFA) on the use of the Nile waters.
President Sahle–Work also briefed her counterpart on the law enforcement operation that was undertaken by the Ethiopian government in the Tigray region. Furthermore, she informed the President about the rehabilitation, peacebuilding, and humanitarian assistance currently underway in the region.

President Magufuli has just been re-elected for a second term. African leaders gather in the Tanzanian capital of Dodoma to pay their last respects to former President John Magufuli who died last week, describing him as a true and dedicated son of Africa. Tanzania’s newly sworn in President Samia Hassan Suluhu has reaffirmed her ability carry on with ease, the mantle from her deceased predecessor and former boss, President John Pombe Magufuli. Mrs Suluhu, 61, took time off her lengthy tribute to the late Magufuli, to slam some of her detractors who have sought to cast doubt on her potential, based on her gender. Addressing thousands of mourners in the capital Dodoma on Monday, Suluhu said she is more that capable of running the region’s biggest nation. Following the death of President Magufuli, who succumbed to heart disease last week, voices started emerging in political corridors and in main stream media, about how Mrs Suluhu, a mother of four would fare as Tanzania’s first female president, and the only one currently in office on the continent.

There was also questions raised about Suluhu’s popularity not only across the population but also within her party, Chama Cha Mapinduzi. Speaking at the State Funeral today, Mrs Suluhu hailed the deceased president for giving her the platform to showcase her potential.

“I will always be grateful to him for trusting me and fellow Tanzanian women. In the history of gender equality, Magufuli will always be remembered in this country,” she said. “Because it was through him that Tanzania got its first vice president, who is now President of Tanzania. He showed me my potential and the fact that as women, we can do everything if we are provided the right environment.” THE HISTORY OF President Samia Hassan Suluhu, the 6th president of the 5th position of the Tanzanian Union who was sworn in on 19/3/2021, the state house of Dar es Salaam.

President Samia Hassan Suluhu was born on January 27, 1960 in Zanzibar island where she got basic education between 1966 and 1972 in different schools in two big islands that make Zanzibar, which is the islands of Unguja and Pemba.
President Samia Hassan Suluhu started her educational journey at Chawaka primary school in Unguja and later she moved to the island of Pemba before returning to Unguja primary school at Mahonda.
High school or secondary education studied between 1973 to 1976 where it was in basic education, President Samia Hassan Suluhu studied in two different schools, where she studied form fours in Ngambo Secondary School in Unguja between 1973-1975 before moving to Lumumba Secondary School, which is in Ungujah Island in 1976 where she graduated from.
After completing secondary education, Samia Hassan Suluhu  was employed as a publisher with Zanzibar government where she climbed up to the level of planning officer between 1987 and 1988.
While being a servant in Zanzibar revolutionary government, Samia Suluhu Hassan was progressing herself in Kielemu where she studied a short course before joining the Institute of Development and Leadership of Mzumbe Morogoro (IDM) where she graduated from the high level of leadership. Between 1992 to 1994 President Samia Hassan Suluhu studied the full degree of economics at the University of Manchester, England.
Samia Hassan Suluhu’s thirst for development has never reached the limit since 2015, she graduated from the economic development of society in the program of cooperation between the University of Tanzania and Southern New Hampshire University of England.
President Samia Hassan Suluhu was married only two years after graduating from secondary education in Zanzibar in 1978, where she closed the knot with Mr. Hafidh Ameir, who was an agriculture officer in the revolution of Zanzibari where the two have been blessed. Four children where one of her children is Wanu Hafidh Ameir who was born in 1982,she followed mother’s footsteps as a special representative in Zanzibar parliament.
Samia Hassan Suluhu far from serving the government after completing her secondary education at 16 years old, she got to work with an international association between 1992 to 1994 she worked with the United Nations Food Plan. Where she served in the position of a Project Officer, Far from working in the Government and in the United Nations, Simia got to work with non-governmental institutions for almost ten years  focusing more on sexual equity.
Samia Hassan Suluhu officially joined politics in 2000, she joined politics in the year 2000 when she was taken to the Zanzibar representative council as a special member., her entry into politics made her star to start shining in political medias and leadership inside Zanzibar revolution government after being appointed as minister of health, gender and children, the appointment made by the president of that period Aman Karume.
In 2005 she was re-elected as a special member and re-elected minister, while heading the ministry of tourism, trade and investment in the Revolutionary Government in Zanziba.
Samia Hassan Suluhu crossed the border because shortly after the 2010 general election she rose in the cabinet of the republic of Tanzania after being appointed by the former president of Tanzania Dr. Jakaya Mrisho Kikwete became the minister of union affairs in the government of the United Republic of Tanzania, serving under the vice president Mohamed Gharib Bilal.
March 2014 she was elected as vice chairman of the special constitution in Dodoma city, she was elected with 390 votes equal to 74.6 percent and defeated her opponent Amina Abdalla Amour who got 126 votes equals 24 %.
It will be remembered President Samia Hassan Suluhu during the constitutional parliament since she was predicted to hold the highest position in the administration where one of the delegates asked the representatives to think about the highest position in 2015 elections. Former president of the Republic of Tanzania, DR. John Pombe Magufuli after a tough fight in CCM that gave him victory to fly the CCM flag in the 2015 general election. INAUGURATION OF PROJECTS IN BATI WOREDA

oday in Oromo ethnicity zone, Bati woreda, projects that are ready for service have been ...read more 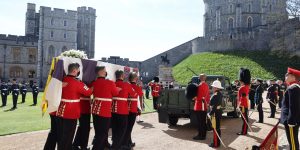 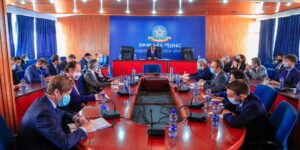 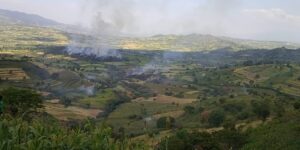