Just like a typical backward criminal regime, the Ethiopian brutal regime of dictator Abiy Ahmed Ali, keeps politicising the human rights abuses in Tigray and the country, into dam politics. It seems, the blood thirsty dictator of Ethiopia, Abiy Ahmed Ali is using phony protests to blindfold the gullible sheeple, that indeed, its him the victim.

The regime keeps transporting gullible Ethiopians and sycophants to stadiums, to participate in state managed protests. We’ve seen religious and civil society institutions being highjacked by dictator Abiy Ahmed and clique to peddle the dam propaganda. What’s even pathetic, is the abuse of diplomatic assets by Ethiopian embassies.

There’s credible evidence of western based Ethiopian embassies, intimidating and blackmailing the Ethiopian diaspora community, into attending government sponsored phony protests. Today, the Ethiopian Embassy in UK has become a recruiting and operational centre for state operatives, disguised as Eritrean refugees and asylum seekers, and of course, lowlife Ethiopians that would sell their own people for KFC spicy wings. That’s why the Eritrean flags tend to dominate those phony protests. Don’t forget, Ethiopia is descending into a semi colony of Eretria…..

Our advice to compatriots; is to avoid those lowlife state agents. Don’t let them photograph or give you something to eat or drink. The wise thing, is to avoid those poison curriers. In fact, when attending their zoom “whatever”…turn off your camera. Regime supporters are protesting at Addis Ababa stadium; they say they are against the sanctions and western interventions. However, they’re not aware, that its the people sending them to protest causing the sanctions. On announcing sanctions, the US cited human rights abuses in Tigray as the main reason. However, the protestors are saying it’s about the Dam that the US is siding with Egypt and putting pressure on Ethiopia to accept Egyptian demand.

One doesn’t need a college diploma to understand, that dictator Abiy Ahmed Ali is not only an Ethiopian, but a global problem. Thus, Abiy Ahmed Ali, is behaving like a criminal, that breaks into your house, and beats you up for not having beer in the fridge. oday the Kana Zegelila holiday was celebrated in a bright religious manner and on that ...read more

his is the Dangiya primary school found in the rural town called Merkta in Awi, ...read more oday is the 15th Ethiopian Flag day, and the day has been celebrated by government ...read more 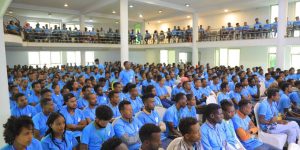 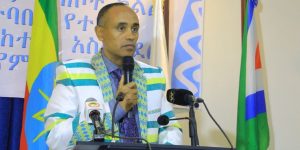 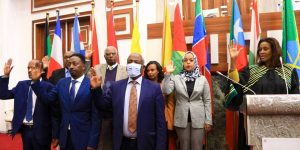 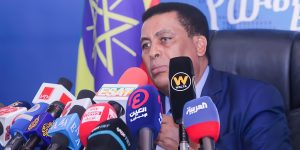