Previously, private candidates should have collected at least 5,000 Sustenance signatures reduced by 50 per cent to less than two thousand five hundred. For candidates with disabilities, it was stated that no less than three thousand, now less than one thousand five hundred.
On the other hand, the signatures of political party candidates that were supposed to be collected in accordance with the law were reduced from being used only for the 6th national election. The resolution states that this will help curb the spread of the COVID- 19 epidemic. The House unanimously approved the amendment Proclamation No. 1135/2021.
The draft proclamation to amend the Federal Ethics and Anti-Corruption Commission Proclamation was also deliberated.
Doesn’t the commission’s use of binding laws put pressure on its work? Asked and commented on by the members of the council: In response, the chairman of the standing committee indicated that the prosecution and investigation work had been handed over to the Federal Police Commission and the FDRE Attorney General.
The Amendment Proclamation as No. 1136/2021 was unanimously approved.
The other proclamation was issued to regulate the arbitral tribunal and conciliation system of the Federal Democratic Republic of Ethiopia; the proclamation strengthens the resolution of disputes and highlighted the significant contribution made in resolving investment and trade disputes.
The amendment approved by the House as Proclamation No. 1137/2021 unanimously. According to the report and the draft resolution to enact the Media Proclamation, it will help to fully implement the freedom of the media and to build a democratic system by continuing the ongoing reforms in the country. Accordingly, The Proclamation was unanimously approved by the House as No. 1138/2021.
The Standing Committee on Foreign Relations and Peace Affairs presented a draft proclamation on visa waiver agreements (VWA) between the governments of Federal Democratic Republic of Ethiopia and The Republic of South Africa. The report and the resolution were presented by the Chairperson of the Standing Committee, Honorable Negeri Lencho (PhD).
The agreement will benefit diplomats, their families and their subordinates without having to secure a visa first. It is said to save time and energy wasted on visas and speed up the process and offers opportunities to save time for citizens. It enables most diplomat and service passport holders of participating countries to travel to for tourism or business for stays without obtaining a visa.
Accordingly, The Proclamation was unanimously approved by the House as No. 1139/2021. 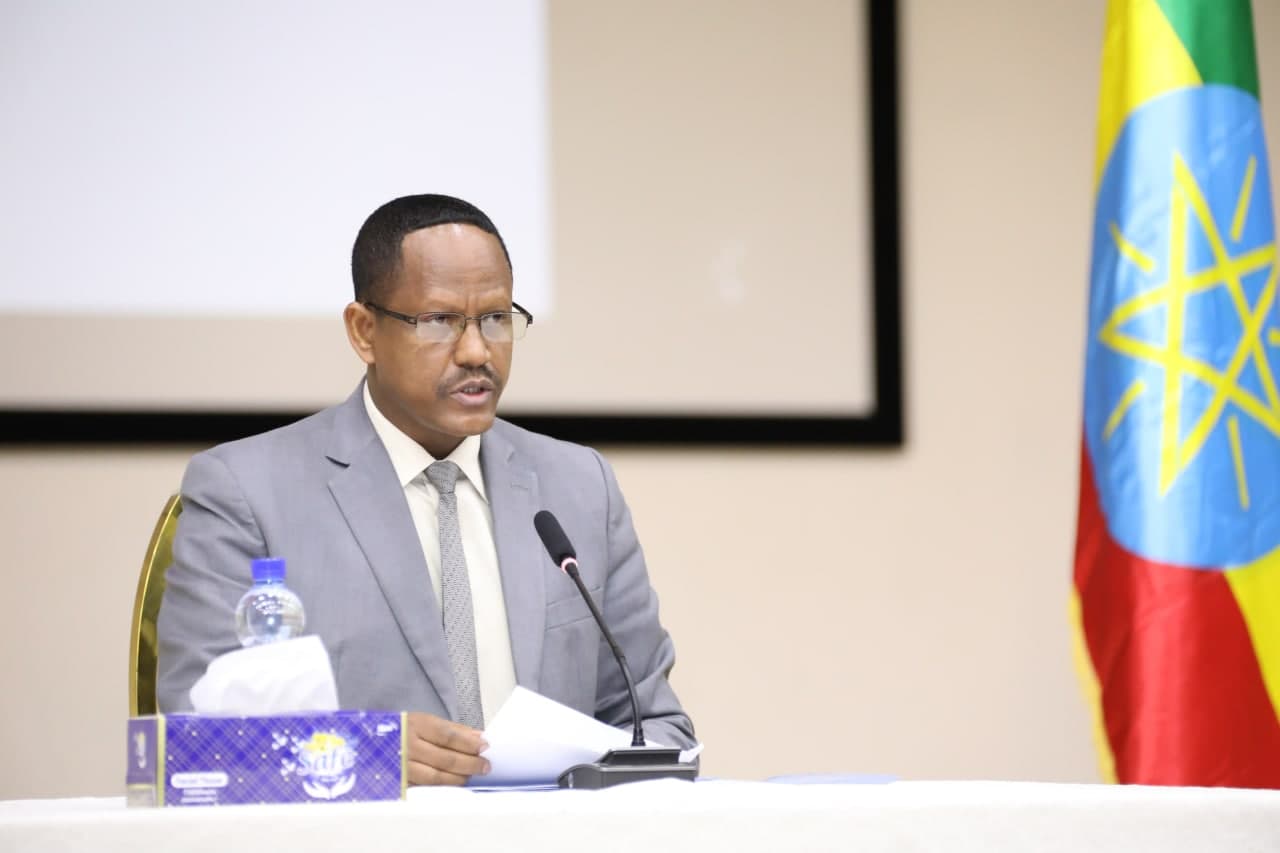 Finally, a draft amendment to Oversea Employment Proclamation No. 923/2016 was presented by Honorable Chala Lemi, State Minister of government whip. Members of the House of Representatives have expressed their concern that Ethiopians working abroad are being harassed by agencies and paying lot amount of money.
The resolution was referred to the Standing Committee on Women, Youth and Social Affairs for detailed consideration.